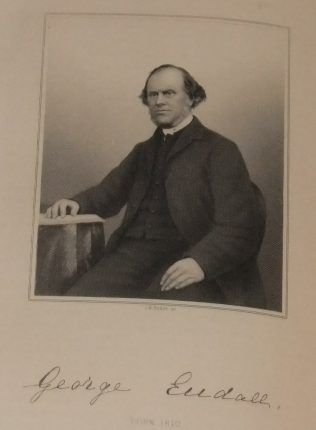 George was born on 15 September 1810 at Long Sutton, Lincolnshire, to parents William, a carpenter, and Hannah. His parents attended the established church and in his youth George was trained to attend its services.

Around the age of 20, George came under the ministry of Wesleyans and was converted. Soon afterwards, whilst visiting his father at Doddington, Cambridgeshire, he was invited to a house service held by Primitive Methodists. Ultimately he became a PM member and local preacher.

In 1839 George moved to London. He made his way to the Book Room and had a meeting with John Flesher. During a second visit he met Hugh Bourne. As a consequence of these meetings George went to Sheerness as a hired local preacher. In 1840 he moved to Reading where John Ride was superintendent. George was pledged for the itinerant ministry by the Reading circuit.

Note: The name Deuey is also spelt Deney and Dewey in records