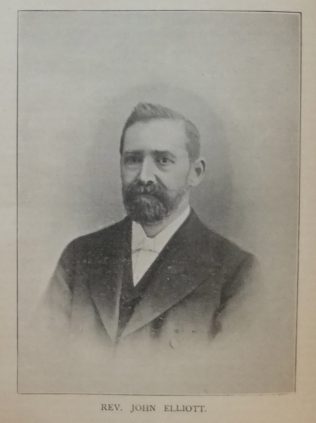 John was born in 1841 at Stanhope, Co Durham to parents George and Phoebe. George was a lead miner.

John was converted at the age of 15 during the ministry of the Revs William Lister and William Brining in the Westgate circuit. He connected with the Wearhead Society and became a local preacher in his eighteenth year.

John worked as a lead miner before entering the ministry.

For a few years John was district secretary in the Carlisle and Whitehaven District, but he was not what was commonly known as a ‘Connexional man’.

His obituary records that his preaching was cultured and forceful. His messages went home to the hearts of his hearers who felt that behind the words was a soul of transparent sincerity.