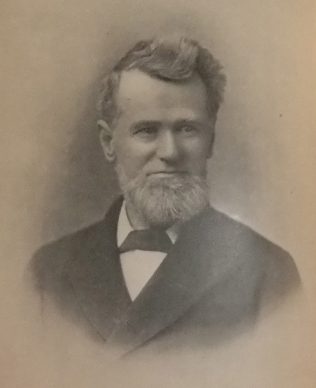 William was born on 4 July 1843 at Shrewsbury. His parents were not church members, but were of religious disposition and sent their children to Sunday School.

William was converted aged 16 at mission services conducted by Miss Bennett of Chester. He soon became a local preacher.

William’s obituary records that he was keenly interested in all the movements which made for the good of the Church, he gave his strength for their advancement in his own circuits, and bent his energies to the local work with the uniform result of circuit prosperity and development. He was shrewd in judgement, careful in detail, methodical in work, and persistent in the outworking of his projects.

Intellectually, he was strong and robust, logic and mental philosophy along with Biblical exegesis, being his favourite studies.

His visits to the homes of his people, especially in times of difficulty and sorrow, were warmly welcomed for their helpfulness and counsel; whilst in him local preachers had a frim friend and guide.