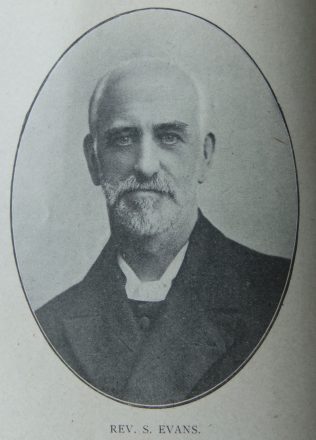 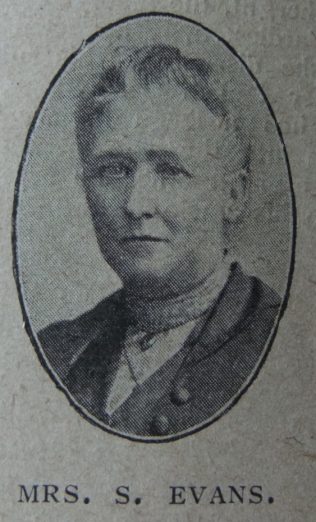 Shadrach was born on 27 May 1861 at Coed Poeth, near Wrexham, to parents Evan and Ruth. Evan is described as a lead-miner, draper and grocer in the 1871 census return. His brother Joseph Thomas Evans was also a PM Minister.

Shadrach commenced his career as a school-teacher. He was brought to a decision for Christ in 1878 under the ministry of Rev W Wilkinson and a few months later became a local preacher. At the close of his teaching apprenticeship he was recommended for the ministry.

As a circuit minister, Shadrach was conscientious, courteous, discrete, and careful in attention to detail.

His obituary records that Shadrach had a gentle humour and a friendly disposition that made him loved by all. As an administrator he was a man of sound judgement and wise counsel. The circuits in which he travelled remembered with gratitude his sympathetic understanding, his unfailing courtesy and his faithful ministry of the Word.