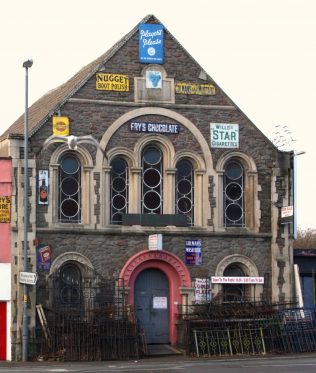 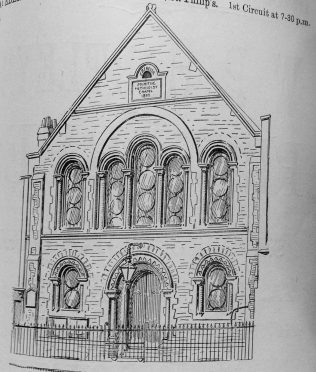 The following article was written in 2012. During the May Day Bank Holiday weekend the Chapel was gutted and demolition notice was handed to Bristol City Council.

This is a little story about Ebenezer Chapel – a historical gem in the heart of St Philips which I fell in love with soon after I came to Bristol, and which needs your help to survive.

The charming chapel in Midland Road was used as an architectural salvage business when I first came across it, and has a rich history, which is now under threat. An application for listing status was refused by English Heritage in 2011 because it is not of “national importance”. If it cannot be protected, this embodiment with the area’s Methodist history could be demolished for yet another block of flats.

It is now absolutely necessary to gather new evidence to renew the request and keep the Chapel as an open window to observe the people, the ideas and the great transformations that created our current values and lifestyle – that of Methodism and religious tolerance, philanthropy and how Sunday schools triggered compulsory education, slum clearance and the history of our railways.

In February 2011 the Neighbourhood Planning Network asked Old Market Community Association to be involved in a still ongoing pre-planning application: the little chapel could be demolished to build flats. This prompted me to spend of a couple of months researching the history of the building.

Starting from a few lines in the photographic book “The Dings and St Philips” (Stephenson and Willmott) I visited the library of The New Room in Broadmead and the Records Office supported by my friend Jayne Pucknell, former archivist, who discovered important documents. Finally the reports in the 19th-century newspaper, the Bristol Mercury, shaped this research into a journey into the life and culture of a vibrant district in the last years of the Industrial Revolution.

Around the 1830s, with the construction of the Floating Harbour and the development of the railways in Bristol, the area to the south of Old Market, previously occupied by orchards and fields leading to the forest of Kingswood, filled up very quickly with railway stations and their huge secondary infrastructure, with factories and houses for a large population of workers. A large number of churches and chapels, a stone’s throw from each other, were built for the most diverse religious movements: Anglican, Wesleyan, Zoar, Christian Brethren. None of them is left apart from one.

Just round the corner from Midland Road, in Broad Plain, John Wesley had preached in the open air for the first time in England in 1739, so the Methodist community was already deeply rooted in Old Market when in 1833 two missionaries of a new movement named the “Primitive Methodism” preached in the open air and established a group which in 1849 managed to open its first chapel in Bristol just in front of St Philips Station.

H.O. Wills III (Wills Memorial) laid the foundation stone for Ebenezer Chapel and its congregation. Forever in debt, it was continuously supported by famous philanthropists concerned about the miserable conditions of the people working in local industries.

Ebenezer Chapel was built in an original Norman design even if the Methodist privileged architectural forms were Gothic or Classic; the architect is unknown but Dr Christopher Wakeling of the Chapel Society saw a connection with the similar design of the more imposing Baptist Chapel in City Road. The basement underneath the chapel was used as a Sunday school and the Bristol Mercury continuously reported about its rich social events: meetings of the Teetotal Society, bazaars but also lectures as that delivered by the famous colliery owner and MP Handel Cossham on the life of the late MP Samuel Morley.

In the 1930s with the construction of the Central Hall in Old Market and the Union of the Methodist groups, while local slums were cleared and people moved to the suburbs, Ebenezer Chapel became redundant. With minor damage in bombing during the Second World War it became a Christadelphian Hall until in the 1980s when it was converted into a business.

Notwithstanding the changes in use the building was never modified and retains an intact religious structure with the original galleries, pulpit, wooden floors and basements. It is a precious building which has been at the centre of deep social transformations and we are lucky that it has been preserved. So it would be tragic to see it disappear.