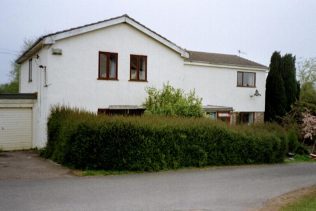 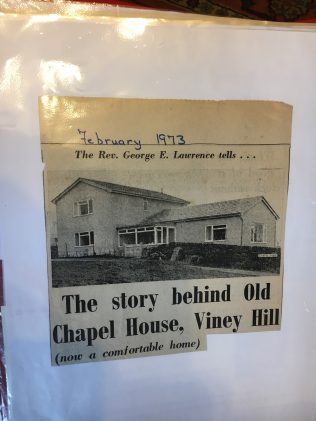 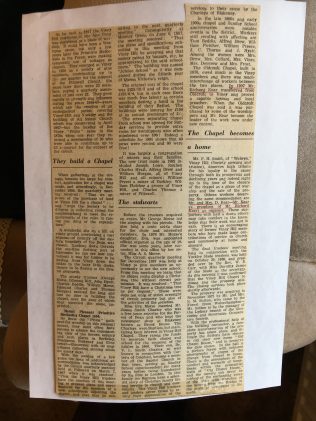 “On the 21st of March (1856) the foundation stone of a new chapel was laid, amidst a large concourse of people, by Charles Bullock, Esq., and in ten weeks from the above date the chapel was neatly fitted up for Divine worship. It is 30 feet by 21 feet, and 15 feet from the floor to the ceiling, stands on an elevated spot, and is surrounded by the most delightful scenery. It is built of good stone, is well lighted, and properly ventilated. The total expenses of the building, including the land on which it stands, is £125.”

The opening services started on Sunday June 8th 1856. Addresses were given by Rev. J. P. Bellingham, Rev.W. D. Elliston, Baptist minister, of Blakeney, Miss E. Williams, of Gwern-y-Saint. The chapel was so crowded that many people were unable to gain admittance; in the evening Mr. John Charles preached to those who could not get in. Thomas Nicholson, Esq., of Lydney presided at the following day’s public tea-meeting, attended by 260 persons.

Commendably, “members of the Church of England, Independents, Baptists, and Wesleyans, were all blended together in Christian brotherhood.“

The Primitive Methodist chapel is shown on the 1878-80 1:2,500 Ordnance Survey map on Chapel Road. On the 1903 map it is shown as extended and in 1958 it is labelled “Methodist Church”.  By the 1976 map it has become Old Chapel House. Google Street View doesn’t reach it, but it is shown on Google Earth with much the same footprint.