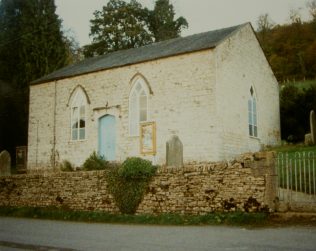 The chapel at Jack’s Green was built by the Baptists in 1820 and sold to the Primitive Methodists in 1831.  It was rebuilt in 1863, accommodating 50. There is a small graveyard.

It is a grade 2 listed building, with the following description:

It is still in use.