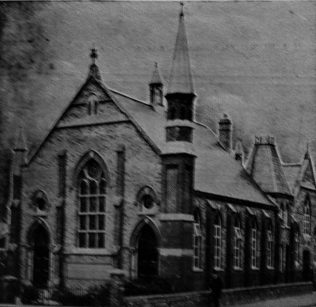 Knight’s Hill Primitive Methodist chapel in Windsor Grove was actually erected by the Wesleyan Methodists in 1838; the congregation soon outgrew the building and they built a larger chapel at Knight’s Hill. The chapel in Windsor Grove (Windsor Road on early maps) was acquired by the Primitive Methodists. It was a small stock brick building with three narrow round-headed windows on the road front, located about halfway along Windsor grove on the northern side.

The chapel is marked on Ordnance Survey plans of 1915 but by the 1950s the site was occupied by a laundry.  In 2015 it is a commercial estate.