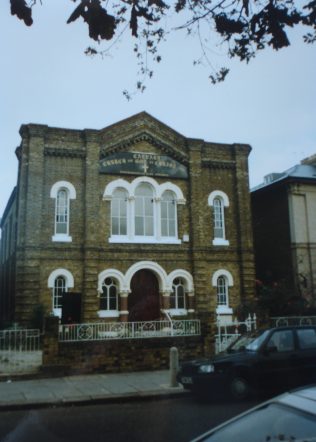 Northumberland Park chapel was founded in 1870 and was registered in 1872 and by 1971 the building was no longer in use by the Primitive Methodists. The chapel can be found in Tottenham and in 1888 belonged to the London tenth circuit. The building was made from grey-yellow bricks with red granite pillars on either side of the entrance doors as the architecture of the building followed a byzantine style. The chapel had an attendance of 101 to 139 members at Sunday service, as was recorded in 1932.

In 1971 the building no longer belonged to the Methodist church and instead became the Calvary Church of God in Christ and by 1996 this was still the case.