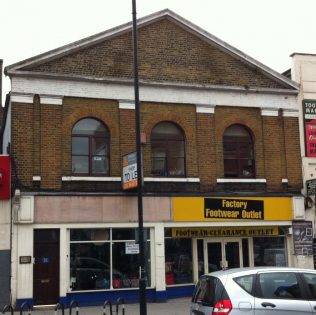 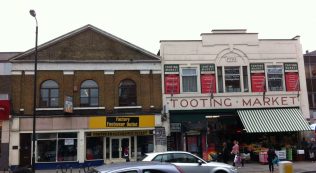 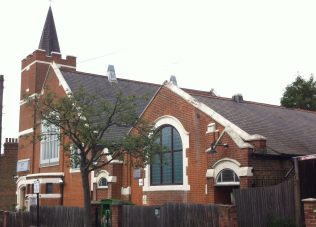 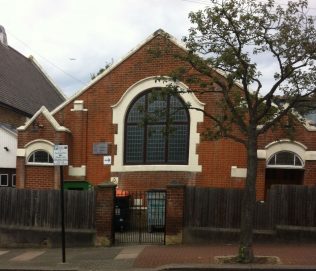 The London Gazette of 29th April 1913 declares that:

“A Separate Building, duly certified for religious worship, named PRIMITIVE METHODIST CHURCH, situated at Lynwood-road, Tooting, in the civil parish of Wandsworth borough, in the county of London, in Wandsworth registration district, was, on the 23rd April, 1913, registered for solemnizing marriages therein, pursuant to 6th and 7th Wm. IV, c. 85, being substituted for the building named Defoe Primitive Methodist Church, situated at High-street, Tooting Graveney, now disused.—Dated the 24th April, 1913.

Both chapels are still in existence.  Defoe chapel, next to Tooting market on Tooting High Street, was an existing chapel rebuilt in 1766 bought by the Primitive Methodists in 1904.  It is now a shop although in April 2014 is the subject of a planning application which proposes to demolish significant parts of the Chapel and to dramatically change its appearance.  The more substantial Lynwood Road chapel is now used by Lynwood Christian Fellowship