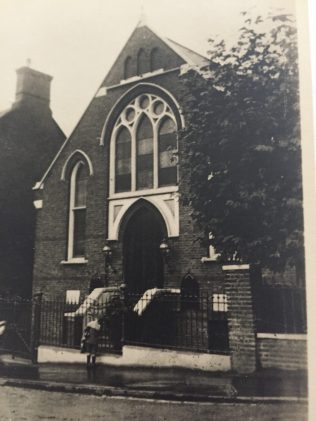 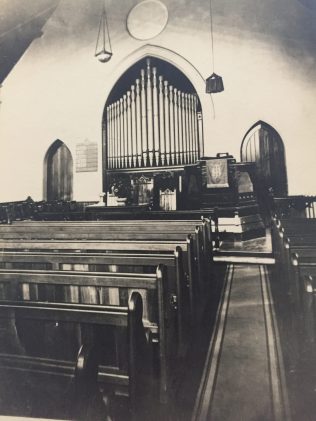 Very little detail is included except that James Chapman agreed to pay for the ground  if the  society could raise £600 towards the overall cost. No opening date is given, but the mention comes in a list of recently opened chapels.

The 1882 Primitive Methodist magazine tells us the full story behind the opening of a new chapel and  schoolrooom in the London Fifth circuit  in Upper Eglinton Road. The land, worth £250, was gifted in 1879 by its owner, James Chapman, on condition that within three years a chapel had been built and £600 raised towards the cost. The challenge was accepted on behalf of the society by Revs JH Allen and John Phillips and within one year rather than three the gift was handed over.  In fact, Mr Chapman was so pleased with the work that went into the new chapel that he gave the last £50 himself.

The 1882 account says that Mr Chapman had been very generous in many other ways to the work of the circuit.

On the 1897 and later  Ordnance Survey maps, a Primitive Methodist chapel is shown on the eastern side of Eglinton Road (rather than Upper Eglinton Road) , just south of its junction with Herbert Road.  Was that this chapel? The site has been redeveloped since.