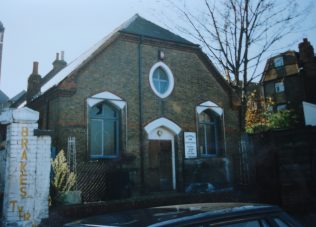 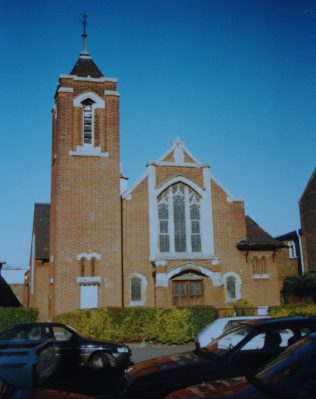 The new chapel was was designed by George Baines and Sons in a Gothic-revival style with a square bell-tower topped with a weather vane. By 1940 the building could seat 300 people in pews but sadly suffered from bomb damage during World War II.

The old chapel became used for commercial premises, but was empty when this photo was taken in 1996. The new chaopel is still used for worship as a Methodist Church.