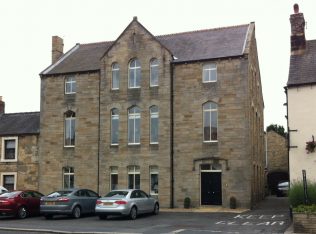 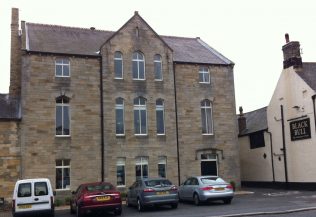 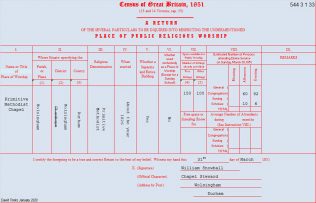 Most former chapels look like chapels; you wouldn’t recognise the recently converted flats on Market Street in the centre of Wolsingham as a chapel from their appearance. Although three storeys high, it is only one room deep.

The Geograph website describes it as, “Three-storeyed chapel, otherwise known as The Gallery, designed by local architect George Race, a prominent Primitive Methodist, and built in 1885. It was built on the site of a former blacksmith’s shop, with stone quarried from the nearby Redgate quarry. The chapel went out of use in 1983 and its interior fittings were taken to the USA.”

The Return to the Census of Places of Public Religious Worship for Wolsingham gives an opening date for the chapel in use then of ‘About the year 1826’ and this is confirmed by Fawcett Memorials of early Primitive Methodism in the County of Durham, 1820-1829 (1908) p. 38.  William Snowball, who signed the form, was one of the first members.

The Weardale Museum, situated in the old manse next to High House chapel in Ireshopeburn (Wesleyan) has a genealogy database on site which provides a very comprehensive record of all of the people living in the parishes of Stanhope and Wolsingham including Primitive Methodist Ancestors.

The 1885 Primitive Methodist magazine records  the laying of the foundation stones for a new Primitive Methodist chapel at Wolsingham, which must the  three storey building in the Market Place: the magazine notes that “we have had an interest (in the town) for more than 60 years and have done much good work.”