This lovely chapel was built in 1830 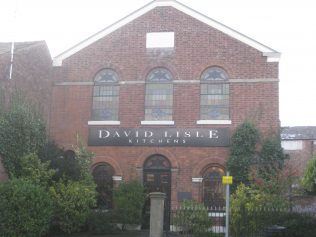 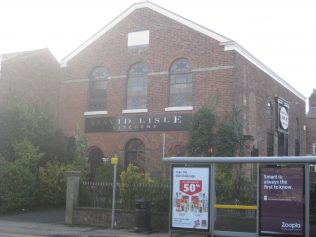 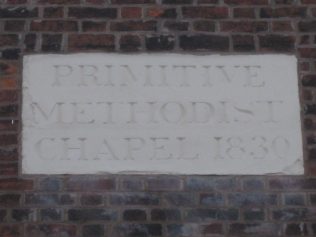 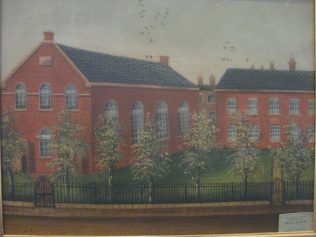 zoom
Photo No 4.
Photo of sketch by kind permission of Mr. David Lisle 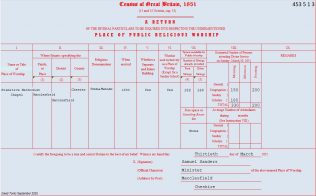 zoom
Macclesfield: Return from the Primitive Methodist chapel in the 1851 Census of Places of Public Religious Worship
transcribed by David Tonks

This most attractive chapel was built as the Silk Industry came into being in Macclesfield. More people came into the town so the number of worshippers increased. The chapel provided a meeting place  for the families of the silk workers. It seated 150 and cost £510. When it was completed a debt of £400 remained and this was not cleared until 1923.

In 1835 a Sunday School was built to the rear of the chapel. It can be seen in the picture Photo No 4. This building no longer exists having been pulled down by the present owner, before it fell down, to make a car park. In 1912 the chapel was renovated. The two front doors were replaced by one and stained glass was put into the windows.

David Lisle Kitchen Design bought the chapel in 1999. It has been beautifully and tastefully renovated to retain the original structure including the stained glass. The interior has made a most pleasing show room where David Lisle’s clients can discuss and view designs for their purpose built kitchens.

In 2002 David and the chapel were awarded the Macclesfield Heritage Award.