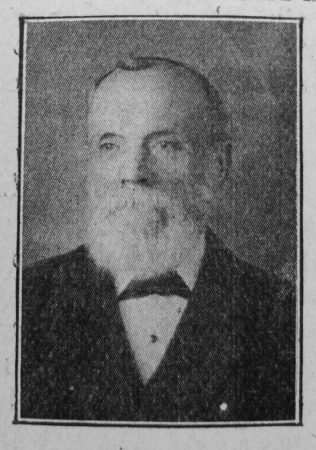 Transcription of Obituary in the Primitive Methodist Magazine by George Newman

In the death of Brother Joseph Etchells, our Church at Walkley, Sheffield Fourth Circuit, has lost one of her bravest and truest sons. When a boy he joined the Sabbath School and his record for attendance remained unbroken to the end.

He was a teacher fourteen years, and a superintendent about forty years. He was a great favourite with the children, who gathered round him in the Sunday School, and on every festive occasion, with the warmest affection. One reason of this was his love of music. From boyhood he took great delight in singing, and all through his long connection with the Sunday School he used this gift with marvellous power over the teachers and children. His influence for good lives in the heart and life of many an old scholar who has returned again and again to hear the singing of the children conducted by Mr. Etchells. He was converted at the age of twenty-two years under a sermon on “The Prodigal Son,” by Rev. Robert Park, in an old room where we held our services before the old chapel in Heavy Gate Road was built. He was choirmaster for twenty-eight years, in which capacity he rendered excellent service both on ordinary and special occasions.

He was a class leader thirty-five years, and very efficient in this arduous and important office he proved himself to be. He was an excellent visitor of the sick and absent members, which perhaps made him so successful as a class leader.

His domestic, social, and Church life won the esteem and affection of all who knew him.

Rev. Josiah Turley writes of him: “The holy influence of his devoted and consistent life will remain a precious heritage.”

And the Rev. John E. Leuty writes: “He was a sincere friend to the young men, and always full of the loftiest ideals and enthusiasms. . . He will be remembered for his work’s sake.”

Joseph spent his working life as a file cutter.