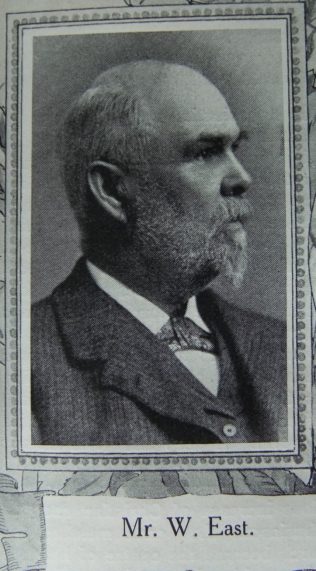 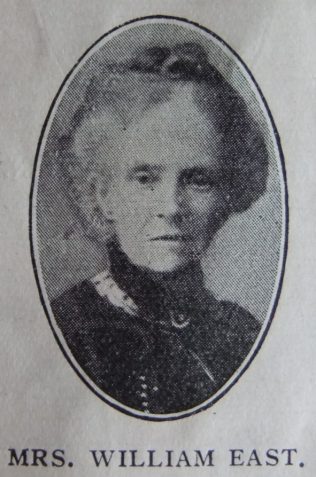 William East for the past 12 years has been Chancellor of Canning Town Circuit. He was born at North Thornby, Grimsby, and as early as 1859 was placed on Boston plan. From Louth Circuit he came to London in 1862, working his way up in the building trade till, as overseer, he was called to the erection of the Roman Catholic Church, barking. His public sympathies and abilities soon found recognition. For 12 years the West Ham Borough Council requisitioned his services. For 20 years he has been one of the School managers, frequently called to the chair. Last year he was elected on the Board of Guardians. His allegiance to primitive Methodism has been unfaltering. Class leader and Society Steward at Mary Street Church 28 years, at three Conferences he has represented London First District, while on the General Committee and its executive there is scarcely a more familiar and respected counsellor and friend.

William was born abt 1837 at Ludborough, North Thoresby, nr Grimsby, Lincolnshire, to parents John and Eleanor. John worked the land.

William was elected a permanent member of Conference in 1921.