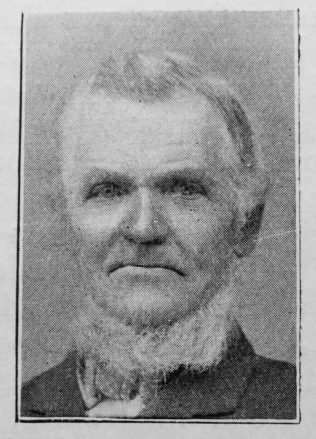 Transcription of Obituary in the Primitive Methodist Magazine by W. Balls

In the decease of Samuel Edwards, of Prickwillow, of the Ely Circuit, this station has sustained the loss of one of its most earnest, faithful and devoted workers. His loss would have been greatly felt upon any circuit, but it is especially felt where journeys are long and sometimes difficult and labourers very few.

Our brother was a man of exceptional vigour both of mind and body, and was in active work in our pulpits and official court, till within a few weeks of his death. His work was his delight, and wherever he went he was listened to with pleasure and profit. Born at Postwick, near Norwich, both his parents and his maternal grandmother were members of our church. For many years the Sunday morning class was regularly held in his father’s house. He spoke frequently of his grandmother’s influence upon him and of his conversion to God kneeling at her chair, while he was but a youth.

He came to reside at Prickwillow in 1856 and lived there till his decease in February, 1906, with the exception of an interval of two years spent at Dunstable. He faithfully fulfilled the offices of class leader, treasurer and local preacher during a long life. He stood by the infant cause in dark and trying days, and when journeys were much longer and friends few, as well as in days of revival and prosperity. Those who know the fens, not only of the present but of fifty years ago, can appreciate the self-denial involved in long and often perilous journeys, when a false step would be a serious matter, and the horse had to be allowed its head as a safer course.

Brother Edwards was a man of God, and his name in the neighbourhood stood for integrity and uprightness. His neighbours either of no church or any church believed in him, and he has often been called up at night to pray for, and with, his dying neighbours.

The last few days were mostly days of unconsciousness, and, happily, freedom from pain, but while strength permitted, even in his partial unconsciousness, his soul was full of music, and ever and anon his feeble voice broke forth in song, or he would be quoting hymns which he loved, and occasionally the old texts and exhortations rose to his lips.

It is a pleasure to record that of his children and grand-children, nearly, if not all, are visibly walking in the ways of God.

At his interment in Ely Cemetery, conducted by Rev. W. Balls, and assisted by Rev. J. Hendey (Baptist), although it was a snowy day, and a cutting wind, many gathered from far and near to do honour to one they loved. A life-long friend who knew deceased personally, Mr. George Washington, improved his death to a large congregation in the Baptist Chapel Prickwillow (kindly lent).

Samuel was baptised on 13 March 1831 at Postwick, Norfolk. His parents were James Edwards, who worked the land, and Jemima Riches.