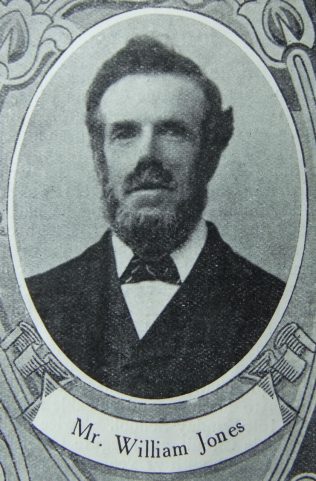 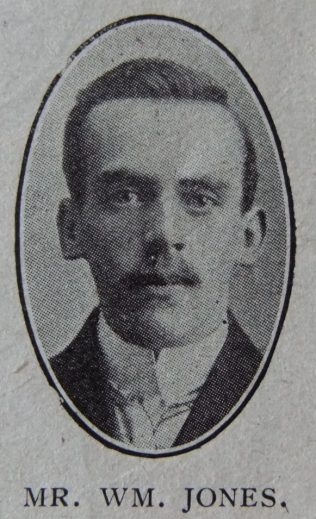 Mr. William Jones, the Chancellor of the Walsall Station, is as highly respected as he is widely known. He has been a member and Sunday School teacher for 41 years, a Class leader for 17 years, Treasurer of Sunday School Club for 25 years, and Circuit Steward for 13 years. He is quiet and unassuming, possessed of deep and enlightened convictions, to which he is supremely loyal. In business he is very cautious, conciliatory, and reliable. He has always found great delight in Prayer and Class Meetings, and his Sunday School work has been a real joy to him. As a trustee he did much in shaping the policy which led to the erecting of the handsome and commodious Stafford Street Church and School. Every member of his large family is a loyal and active worker in our Church, and his wife heartily joins him in all good endeavours.

William was born abt 1850 at Walsall, Staffordshire.

William died in the spring of 1911 at Walsall, Staffordshire.