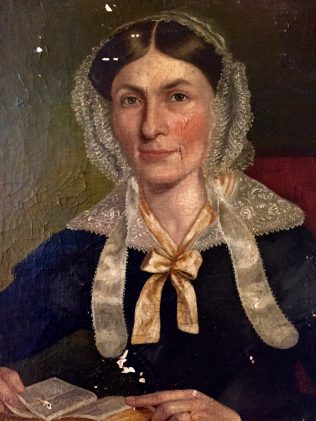 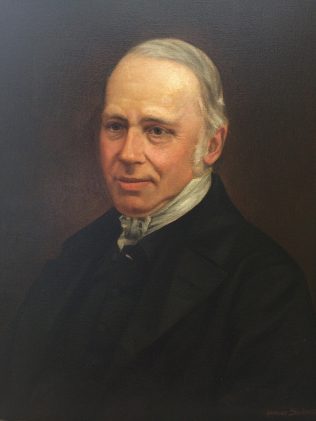 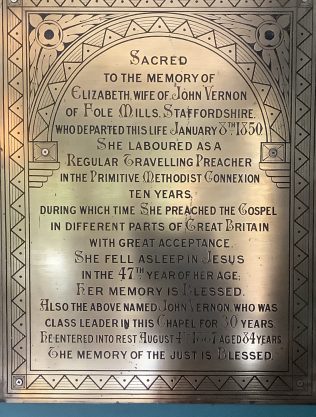 Elizabeth, daughter of John and Mary Allen, was born at Lazonby, near Kirkoswald in Cumberland and baptised there on 17 October 1802. She was ‘brought to God’ while still young, and joined the Primitive Methodists when they first visited that area. She soon started taking part in services and was especially effective with new converts. Despite some opposition, she became a local preacher c.1824 and an itinerant in 1825. She travelled for ten years, far longer than most female ministers, serving in the following stations:

Extracts from journals of other ministers, published in the Primitive Methodist Magazine, show that she was a popular preacher. As early as 1826 she was appointed to take special services at Beverley, in aid of the chapel, and also that year she took several services at Alston, it being recorded on one occasion that ‘the power of God was manifested in an unusual manner’, and another time ‘ten were brought out of their sinful captivity, into the liberty of the sons of God’. The revival at Louth was so great that she almost never retired to rest until after midnight. In 1832 she took part in a mission in Ireland, where she spoke in the open air, to very large crowds, and she was also allowed to speak in the Sessions House, and the Linen Hall at Bainbridge. She assisted at a mission in Scotland, where she was obliged to preach in the open air, as there was no building large enough to hold the people who flocked to hear her. On 18 September 1832 she spoke to ‘as many as could wedge into the chapel’ at Newcastle, Staffordshire.

With William Clowes she preached a benefit sermon in May 1831 for a Sunday School in Manchester, when the collection amounted to over £26. She and Clowes also conducted special services at Burslem on 4 November 1832, Clowes recording ‘we had a successful day, and the work of God, which had been feeble, received new energy’. As well as preaching with the Bournes (noted below), she also visited their home at Bemersley at least twice, and on 8 October 1832 spent the night there. On that occasion, Thomas Morgan noted ‘after supper, while Brother Walford and others were singing, the power of God began to flow down: Mr Bourne, Mrs Bourne, Br Walford, Sister Allen and I united in calling on the Lord, and five souls were set at liberty’.

At Macclesfield ‘her name was embalmed in the memory of many who sat under her ministry’. It is recorded that there were converts at many of her services, but only three of these can be named. Obituaries for William Leadley, Peggy Hilton of Mouthlock, BarnardCastle, and Reuben Jackson of Rocester, Staffordshire, were converted under her preaching, the last after a service she took at Ipstones on 16 February 1834. Writing in 1882, Revd W. Dent recorded that ‘Elizabeth Allen was a highly gifted woman, very energetic and very popular. Once, or oftener, in the pulpit at Westgate [Weardale], such an influence came upon her that she fell down and could not speak for a while’.

She was also much in demand for taking services when new chapels were being opened, including Shavington, in Nantwich and Burland Circuit (12-13 December 1830, others taking part then included Hugh and James Bourne and Thomas Bateman), Kingsley, in Preston Brook Circuit (30 October 1831), Sandbach, Cheshire, (20-21 May 1832), Bethesda Chapel, near Oswestry (18-19 May 1834, she preached twice), Winterley, Tunstall Circuit (22 June 1834, again James Bourne and Thomas Bateman also took part), and Holme End, Ramsor Circuit (16 November 1834, when one of the other preachers was Richard Jukes, ‘The Poet of the Million’).

Pictures of female PM itinerants are not common. A few prints exist, and some who survived into the age of photography were recorded that way, but by then they were very elderly and had long since ceased itinerating. The portrait in oils of Elizabeth is unique. The Primitive Methodist Minutes directed female travelling preachers to ‘be patterns of plainness in all their dress’. Often the women preachers wore “a ranter’s cap” which was a white linen bonnet with two white tabs which hung on either side of the face, and a black dress, this accords exactly with Elizabeth’s attire in the portrait.

Elizabeth continued to preach after her marriage, but not so frequently. She is listed on the Ramsor circuit plan for January – April 1836, but only took two services, both at Leek on 28 February 1836. She is not on the 1838 or 1841 Burton plans, which include Stramshall, nor an 1847 Ramsor plan, which includes Fole, although the latter does list at least twelve female local preachers. In 1841, at the anniversary services for Wornish Nook Chapel in the Congleton Circuit, she spoke about the ‘golden system’, where people agreed to raise a stated sum over the next year, and £16 10s was promised.

Elizabeth died on 8 January 1850, aged only 47, and was buried at Gawsworth, the ancestral parish of the Vernons. Part of her obituary in the Primitive Methodist magazine reads: ‘As a wife she was frugal, industrious, and faithful; as a mother she was affectionate and prudent; as a Christian she was sincere and devout; as a preacher she was fluent in speech, convincing in argument, forcing the word home to the consciences of her hearers; as a leader she was diligent, faithful, affectionate, and attentive to rule. By her death this circuit [Ramsor] has lost a useful and valuable member.’ PM ministers were encouraged to keep a journal, and Elizabeth’s obituary shows that she did, but if it still exists, its location is not known.

John was also closely involved with the Primitive Methodist Church. On 9 May 1852 he opened the chapel at Elton, seven miles from Chester. A memorial to John and Elizabeth was erected in Fole Chapel, but it was destroyed when a tanker demolished the wall on which it was mounted. Fortunately the inscription had been recorded, noting that John was a class leader there for 30 years. He married for a second time on 26 February 1857 at Alstonfield, his bride being Margaret, daughter of Timothy Beresford and widow of Thomas Edge (died 1840). She too was a PM local preacher, for more than 50 years. She is recorded on the Ramsor circuit plan for January – April 1871, but she only took one service, on a weeknight, at Fole. John ran the mill at Fole for ten years before handing it over to his 22 year old son. William went on to create a company with flour mills in Liverpool, Birkenhead and London. He was eventually granted a baronetcy.

The inscription on the gravestone at Gawsworth to John and his wives is as follows:

Sacred to the memory of Elizabeth the wife of John Vernon of Fole Mills Staffordshire who departed this life January 8th 1850. She laboured as a regular travelling preacher in the Primitive Methodist Connexion ten years during which time she preached the gospel in different parts of Great   Britain with great acceptance. She fell asleep in Jesus in the 47th year of her age. Her memory is blessed.

Also the above named John Vernon who entered into rest August 4th 1887. Aged 84 years. The memory of the just is blessed.

Also Margaret Vernon of Deadmans Green Checkley Staff. widow of the said John Vernon, who departed this life April 20th 1889. Aged 68 years. A faithful preacher of the Gospel for more than 50 years in the Primitive Methodist Connexion.

The sources used are as listed in E. D. Graham, Chosen By God, A List of the Female Travelling Preachers of Early Primitive Methodism (2nd edition, 2010), together with circuit plans at Englesea Brook, and an article on Fole Mill by J. Foley. I wish to thank Sir James Vernon Bart., for permission to publish the portraits, which are reproduced from photographs, courtesy of the Eastham Archive Group; also D. Allan, J. Woodward and J. Foley for the part they all played in bringing the portraits to our attention.