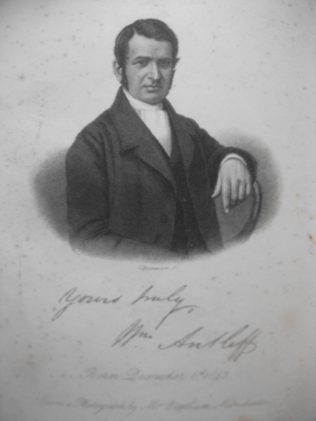 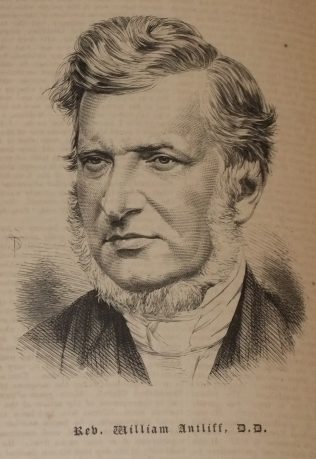 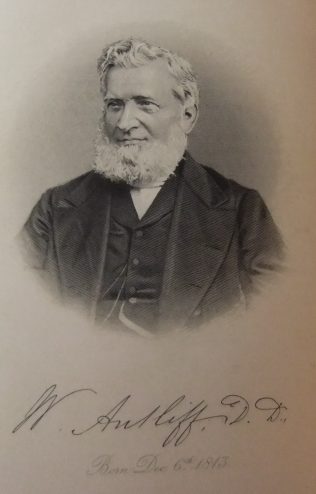 When the Theological Institute was opened in Sunderland, William was appointed the first Principal and Tutor, a role he held for 13 years.

In 1871, William was elected a permanent member of conference.

Ritson records the occasion when William was conducting a lovefeast at the little chapel in his native village. His father was in the pulpit with him and his grandfather exclaimed; ‘What do my eyes see? And what do my ears hear? Not only my children, but my children’s children, have arisen to call God blessed.’

William was awarded his Doctorate by the University at Middletown, Connecticut.

A funeral sermon occasioned by the death of Mr. Hugh Bourne (a father and founder of Primitive Methodism) : the substance of which was preached in the Seamen’s Church, Rathbone Street, Liverpool, and elsewhere. 1852

The Protestant reformers and the Reformation: a lecture, delivered before the Huddersfield Young Men’s Christian Association, in the Philosophical Hall of that town, on Tuesday evening, January 4th, 1853.

A memoir of the life and labours of the late Thomas Morgan, Primitive Methodist preacher, containing extracts from his journals and correspondence: To … from his published and unpublished papers, 1854

The Protestant Reformers and the Reformation. A lecture, etc. 1855

Christianity in England: A lecture on its introduction, progress, results and prospects , 1855

Nuggets of Golden Truth, or reflections on the love of God, on predestination, Deism and Atheism, etc. With preface … by W. Antliff. (co-author Lorenzo Dow)

The Foreknowledge of God. A paper read at a meeting of the Association of Primitive Methodist Ministers of the Manchester District … Second edition, revised. 1863

The Primitive Methodist Sabbath-school hymn book : prepared by the Book Committee in accordance with the direction of the Conference of 1863, 1879

The life of the venerable Hugh Bourne, 1872

A book of marvels: Or, incidents, original and selected, illustrative of Primitive Methodism, temperance, and other subjects , 1873

Preacher of Thirty Years Ago (284 KB Adobe Acrobat document, opens in a new window)
A transcription of an article about William in the 1913 Christian Messenger