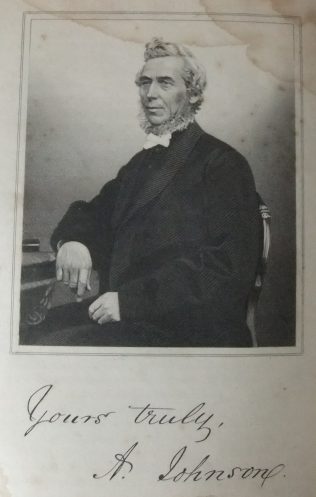 Anthony was born on 25 April 1807 at Croft Spa, Yorkshire to parents John and Mary. Anthony was one of 8 sons and 6 daughters. He was apprenticed to Mrs Harrison of Darlington to learn trade as a grocer. Anthony joined with the Primitive Methodists in 1825 and was soon a local preacher.

After completing his apprenticeship, Anthony was determined to improve his position and resolved to go to Manchester to set up in business. He set off to walk. On arrival in Halifax he secured lodgings with Mr Sam Mitchell, the caretaker of the PM Chapel. They went to service that evening but no preacher appeared. It later transpired that the young minister appointed had been overfaced with his duties and had run away from his work. Anthony was asked to lead the service and having led a good service was asked by the congregation to take the place of the minister.

After ten years of travelling, Anthony withdrew to commence business, but he found he was not happy and re-entered the ministry. He travelled for a further 32 years.

Anthony could play the violin, and with this instrument he would go and take his stand, and after attracting a company of people by his music, he would proclaim the Gospel of Jesus.

The net increase on his stations during his ministry was 317.

After the death of his wife, Anthony moved back to Croft and then to Ferryhill where he stayed with a niece. He died on 22 May 1899 at Ferryhill and was buried at Croft.