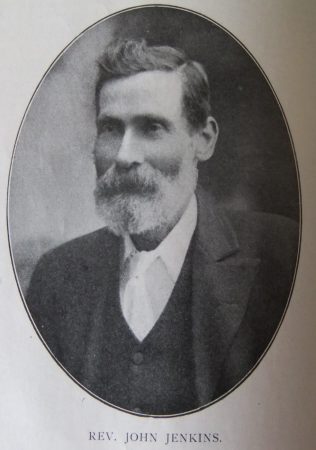 John was born in 1845 at Drybrook, Forest of Dean, Gloucestershire to parents Thomas and Keziah. Thomas was a coal miner.

As a boy, John went to work in a coal mine. Afterwards he became a railway employee. On moving to Derby, John joined the Traffic Street Church, was placed on the plan and two years later accepted a position as a hired local preacher at Morecambe, Lancashire. Although aged thirty-one, John was accepted by conference for ministry in 1876 and continued as a minister ‘on probation’ at Morecambe for further two years.

John was also a trade unionist before entering the ministry.

John was an out and out Evangelical. He came into sharp conflict with certain Romanising clergy in the west of Cumberland, and in a newspaper correspondence that ensued he displayed dialectical skill that delighted his friends and utterly discomfited his opponents. On the rise of the Free Church Movement John closely identified himself with it and on several occasions was president of local councils.

In the Trades Union movement, John was trained in advocacy, and wherever he resided he fought valiantly for the democratic and evangelistic movements.