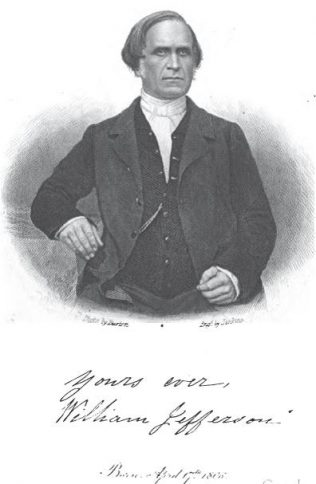 William was born on 17 April 1806 in Blyth, Northumberland to parents John Jefferson and Barbara Hunter. He was baptised on 28 September at Horton by Blyth.

Patterson writes; ‘ But there was another of the earlier travelling preachers who was born at Blyth, the able, judicious, affectionate and successful William Jefferson. To him the Connexion owes the song, “The Lion of Judah shall break every chain.” The cultured Nadin Jefferson is his second son.’

Ritson explains that William, while in bed one morning, conceived the idea of borrowing the tune from the well-known Chartist hymn “the Lion of Freedom” and reworked the words.