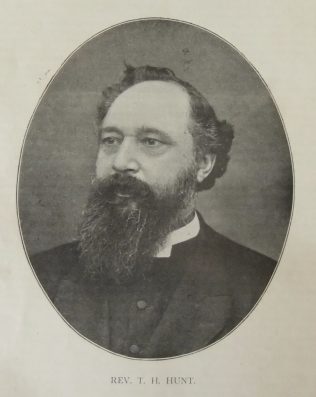 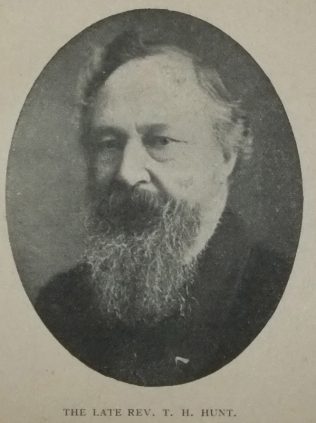 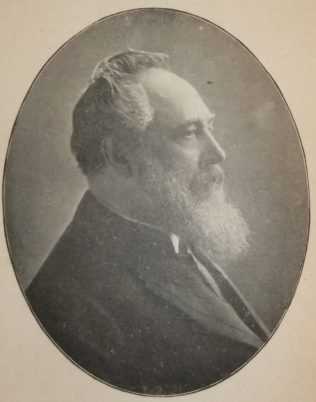 Thomas was born in 1842 at Hatton, Cheshire to parents William and Hannah. William was a tailor and PM local preacher. Thomas also worked as a tailor before entering the ministry.

Thomas was converted aged 15 and almost immediately his name appeared on the circuit plan. As the ‘boy preacher’, he became very popular in his own and neighbouring circuits. He was recommended for the ministry two years later, but did not actually enter the ministry until he was 19 under the influence of William Antliff.

In his early ministerial days, his obituary records that Thomas had a powerful presence and was very effective in camp meetings. He was a born raconteur and had a great fund of humour.

Thomas was editor of Primitive Methodist World for 25 years and the Connexional Almanac. He also edited a preacher’s pocket book. He was one of the first to secure a report of the proceedings of Conference in the leading daily papers of London and the provinces.

Thomas was instrumental in Temperance Reform and in Sunday School work. Whilst General Sunday School Secretary, he originated the triennial Sunday School Conference and did much to improve the administration of the annual scripture examinations.

Thomas was Evangelistic Secretary for the Centenary celebration in 1907.

Warnings to watchmen on the walls of Zion , 1882

Martin Luther: his life and work: a study for Protestants , 1885

The Christian citizen and temperance reform , 1906

Sunday School reform: a problem for the times , 1907

The liquor problem and how to solve it

John Wesley: His life and Work

Thomas married Elizabeth Antliff (b1842) in the summer of 1866 at London. Elizabeth was the daughter of William Antliff. Census returns identify four of their five children.