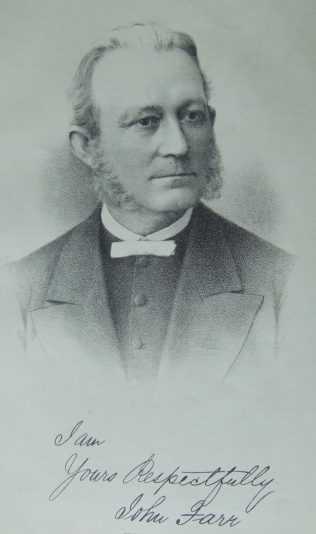 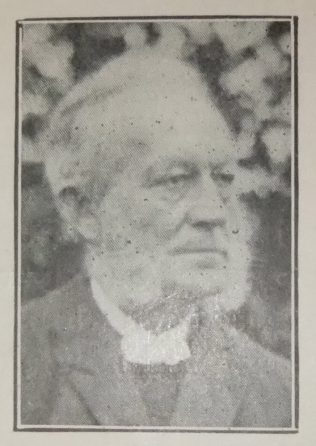 John was born on 5 November 1833 at Owsten Ferry, Louth, Lincolnshire to parents John Farr and Catherine Crackle. He was baptised on 25 February 1833. John senior was a farmer.

For more than 20 years John attended the established church. In the latter part of this time he also attend Primitive Methodist services and after his conversion joined the Primitive Methodist society. For two or three years he resisted going on the plan, however, when Abraham Worsnop was superintendent, he was induced to comply with the request of the circuit. His first service as an exhorter was in 1858. John was taken into the ministry without ever being a ‘regular’ local preacher.

Whilst at Torquay, John superintended the erection of two chapels and secured the ground for a third.

His obituary records that he was a plodding student, a good preacher, a prudent superintendent and generous to a fault.