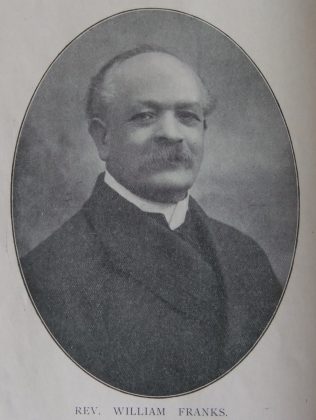 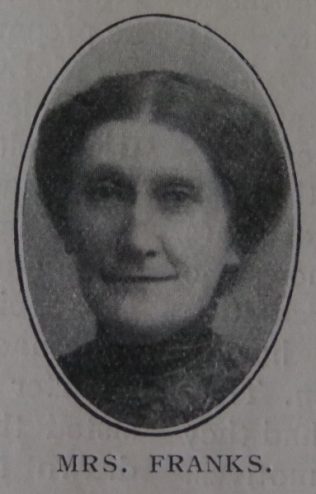 William was born in 1854 at Sutton-on-the-Forest, near Easingwold, Yorkshire to parents Thomas and Harriet. Thomas was a shoemaker.

William surrendered himself to Jesus Christ when 13 years old, and joined the church. At 15, he was placed on the plan as a local preacher. Five years later, William was engaged by the Hoyland circuit as an honorary lay preacher.

William was described as sanguine in temperament, genial in disposition, wiry in constitution and knowing nothing of defeat. He lived on the sunny side of the street, and inspired others by the warmth of his enthusiasm.

William was a born evangelist. He had that strange mystic or ‘mesmeric’ power that helps men to decision or compels them to surrender. In the early days of his ministry scores of persons were swept into the kingdom by his passionate appeals.

As well as being an evangelist, William was also a vigorous chapel builder. At Cambridge new schools were built. At Fakenham the site for the Memorial Chapel was secured in the face of great difficulties. On the Diss circuit, Burston chapel was built and at Soham new school and vestries. Perhaps his greatest achievement in chapel building was at Hoyland where three new chapels costing £12,000 were erected and some £10,000 raised for extension purposes.

In retirement at Easingwold, Frank served as a member of the District Council.

William became a Deed Poll member of Conference at the 1931 PM Conference.

William married Elizabeth Ingram (b1855) in the summer of 1881 at Colchester. Census returns identify six children.

Guilty or Not Guilty (100 KB Adobe Acrobat document, opens in a new window)
An article by Norma Virgoe, published in the East Anglia Wesley Historical Society journal, 2015, which describes a 'difficult' chapter in the life of William Franks.