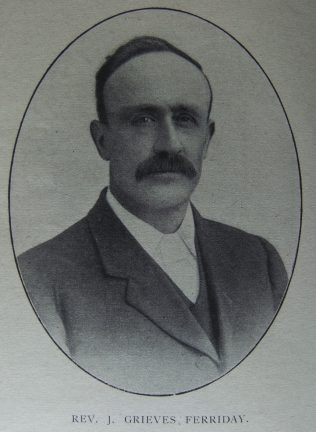 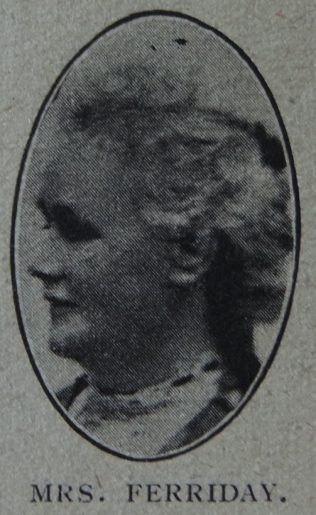 Jonah was born in 1867 at Oakengates, Shropshire, to parents Jonah Ferriday and Mary Grieves. His grandfather was Rev Joseph Grieves.

Jonah was converted on his fifteenth birthday under the ministry of Rev James Barnes.

As a preacher, Jonah wore well, and his preaching was most appreciated on those stations where he spent the longest terms. Preparing carefully and with pleasant delivery, he could interest, instruct and inspire his hearers.

His obituary records that his life was marked by a strong buoyant faith, irrepressible humour, and a ready wit. For everyone he had a ready smile and a word of good cheer, his joyous Christian life breaking through all difficulties and depressions.