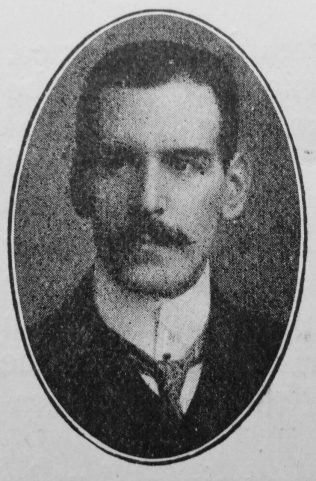 Transcription of obituary published in the Primitive Methodist Magazine by T. Tempest

Although only a young man of twenty-eight years Thomas Armstrong had not only won the respect of the members of the church to which he belonged, but of everybody with whom he came in contact.

Born at Nenthead in 1879, at the age of eleven years he removed with his parents to Haworth in the Keighley II. Circuit at which place he immediately joined our Sunday School, and at the age of seventeen years definitely consecrated himself to the service of his Lord and Master.

His deep, earnest piety, devoted service, and assiduous attention to mental culture, his ready utterance in prayer and exhortation, awakened hopes of future usefulness. In due course he qualified for the plan as a lay preacher of our church, and up to his decease he met his quarterly round of appointments with an ever increasing satisfaction to the people.

He was an enthusiast in Temperance and Sunday School work, a zealous Christian Endeavourer, and on political and social questions he not only showed the deepest interest but held the most enlightened views.

That a character so transparent as that of our deceased brother, and a life so beautiful and full of promise should have been so tragically torn from us, is one of life’s mysteries we cannot solve. Many prayers were offered for his restoration, but God willed to take him.

On Saturday, February 9th his remains were borne to the Millhey Chapel where a service was held. The Revs. W. Fidoe, T. Tempest, and Messrs. Bennett, Moor and Walbank all spoke of the sterling character of the deceased; and at the graveside in the Haworth Cemetery the choir sang, softly and sweetly, “Shall we meet beyond the river ?”

“Rest from thy labours, rest,
Soul of the just set free!
Blest be thy memory, and blest
Thy bright example be.”

Thomas was born in 1879 at Nenthead, Cumberland, to parents John, a lead miner, and Agnes. John became a wool weaver following the move to Haworth.