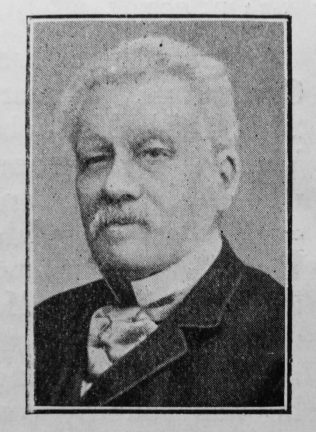 Transcription of Obituary in the Primitive Methodist Magazine by J.T. Gooderidge

Nottingham 1st Circuit has sustained a great loss by the death of Mr. James W. Allcock. He was one of the few remaining who linked the founders of our church with the present generation. Brought up in a house of tender and holy associations, he, when but a youth, decided for the service of Jesus Christ, under the fruitful ministry of Rev. Charles Mace, and forthwith joined our Canaan Street church. Of commanding presence and erect bearing (emblem of moral character) you could not pass him unnoticed. It would be difficult to find, indeed, a more upright man in all respects. He carried his religious convictions into business, and was most conscientious in all his dealings. If not eloquent in speech he was mighty in action. He was given to hospitality, and was exceedingly generous. No deserving case appealed to him in vain. It was, however, to Canaan Church and schools, during a long period of struggle and depression, that he rendered the most valuable help, and ere he passed away he had the joy of seeing a turn of the tide which his benefactions had greatly assisted. By his will the Canaan Trust and benevolent funds will still further benefit. Circuit steward of Nottingham 1st. for eighteen years, chapel steward and treasurer of Canaan Church, and treasurer of Nottingham district equalisation fund for twenty-three years, he was most painstaking and exact in all these positions.

Ailing for some months he spent several weeks in the autumn of 1905 at Weston-super-Mare, but he gradually failed, and early in the year had a severe attack of bronchitis. He was, however, confined to his bedroom three or four days, and on Thursday, March 1st, 1906, he peacefully entered into rest. The Revs. J. Stephenson, M. Knowlson, T. Tyers, C. Tinn, W.E. Walmsley, and J.T. Gooderidge took part in the funeral service. Rev. J. Stephenson represented the General Committee, and nearly all the district officers were present, in addition to many ministers, laymen, and friends from adjacent circuits. At the memorial service, March 11th, conducted by Rev. J.T. Gooderidge, precious souls found salvation.

James was baptised on 24 June 1832 at Upper Broughton, Nottinghamshire. He was born at Nether Broughton to parents William and Martha.