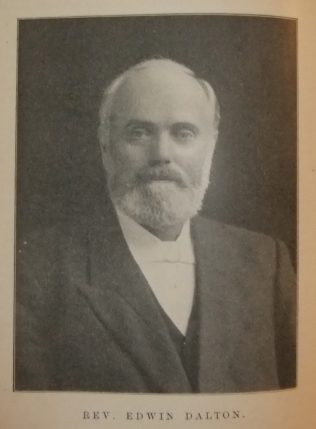 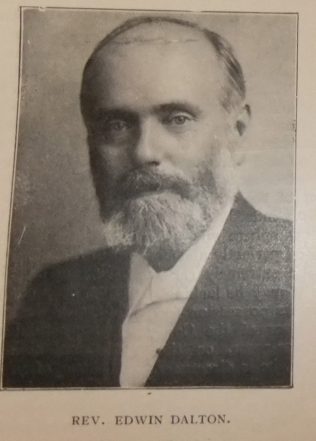 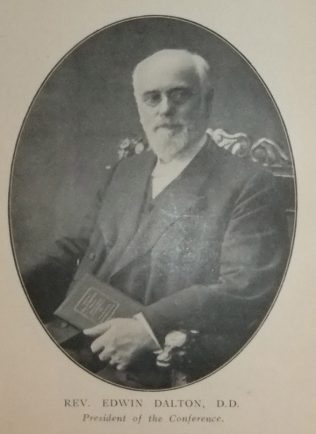 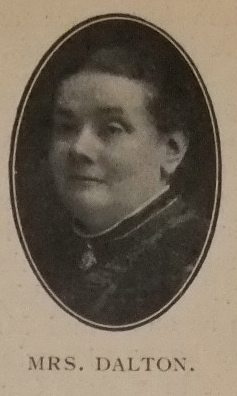 Edwin was born on 22 November 1845 at Sheriff Hutton, Yorkshire to parents William and Jane. His parents were Wesleyans. William was a cordwainer. The 1861 census shows Edwin following his father’s trade.

Edwin was converted at the age of sixteen, in the same service as Joseph Beal and Frederick Prest. This event took place during a series of revival services in the Primitive Methodist Chapel conducted by a local preacher. Edwin was soon given a ‘Note’ to take appointments on the plan. Edwin began a course of private study and ultimately sought the advantages of Elmfield College at York as a commercial student. He earned the necessary funds by selling newspapers and casual farm labouring. When his own circuit recommended him for ministry, Edwin was transferred to the ministerial room at Elmfield under the tuition of John Petty.

His obituary records that Edwin was a successful circuit minister. He looked after things. He left no loose ends in business. Indeed he was rather severely punctilious in these things. But when he got into the pulpit then he had a royal time. Whether it was an old sermon or a new sermon he put himself into it and gave out physical and spiritual energy that would have meant complete exhaustion to most other men. Edwin served as Leeds and York District Secretary for fifteen years.

Edwin went to the Book Room. He managed its affairs wisely and became the best advertising medium that institution has ever had. Wherever he went he worked it in and made people feel it belonged to them.

In his final station at Hull, during the Jubilee, Edwin made things hum, cleared off the debt, gathered great congregations and worked like a Trojan. He became a figure in the city, a member of all its redeeming institutions.

In theology, Edwin was orthodox. His aim was so practical – to get people to do right and to follow Christ – that he did not trouble much with modern philosophical and theological problems. But get him attacking a wrong or fighting an injustice and his whole soul blazed. He was a very mighty man.

Edwin was President of Conference in 1911. He received his Doctorate from Victoria University, Toronto. It was an honour conferred on all the Methodist Presidents at the Ecumenical Conference in Toronto.