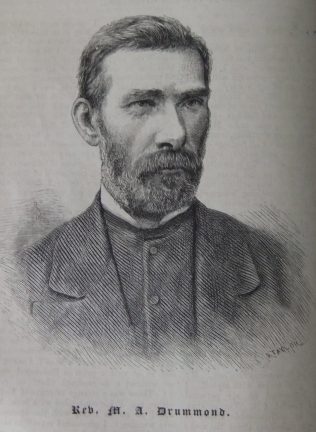 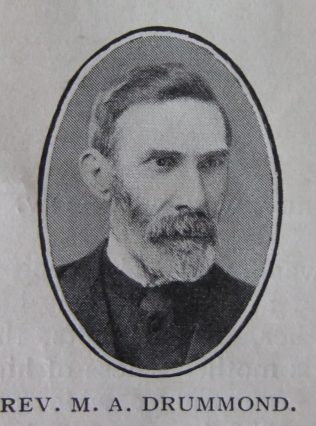 Maurice was born in 1832 at New Penshaw, a settlement on the River Wear six miles from Sunderland, to parents Thomas Drummond and Jane Burn. Thomas was a bookseller.

Maurice was a great grandson of the Earl of Perth who lost his estates in the 1745 rebellion and fled to Wearside to become a ferry boatman.

Maurice joined the Primitive Methodists in 1849 and became a local preacher. After much hesitation, Maurice accepted a call to ministry from the Durham circuit. He had worked as a mason before entering the ministry.

His obituary records that Maurice had great success in several of his earlier circuits in winning souls and reported large increases. His later years were harassed by long continued ill health, but in spite of this he was enabled to reduce debts, build new chapels and add membership to the Church.

He had fine gifts of exposition, and was always a most acceptable preacher. Visitation and work among the young claimed a large share of his time and thought.

Maurice died on 20 February 1915 and was interred Lanchester beside his wife.