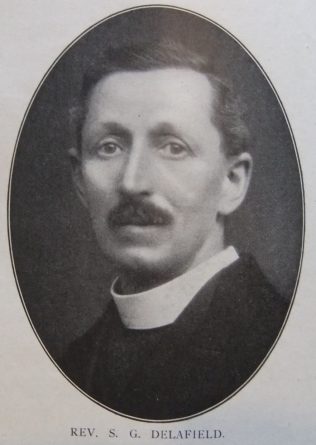 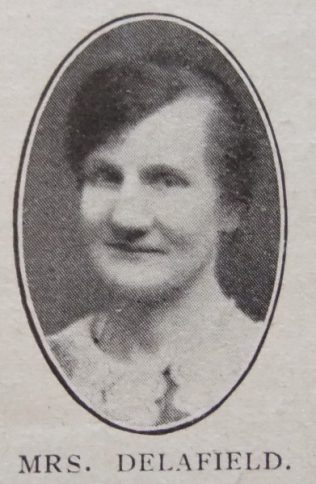 The only place of worship in Walton was the Anglican Church, which only opened on Sunday mornings. Samuel’s family spent their Sunday evenings in hymn-singing and the reading of the sermon from the Christian World Pulpit.

By 1881, the family had moved to Hemel Hempstead, Hertfordshire. Elizabeth, by this time a widow, was supporting her family as a dressmaker. There, Samuel served the PM Church as organist, Sunday school teacher and Local Preacher.

From school, Samuel passed in to the General Manager’s Office at Euston, and it was whilst he was there he felt the call to the ministry, and was recommended as a candidate by the Watford circuit. He spent nine months as a hired local preacher in the Ely circuit before entering Hartley College in 1897.

After spending twelve months in Hull, as officiating minister to the troops there, Samuel was appointed an Army Chaplain. Samuel was with the Sherwood Foresters during the bitter street fighting in Dublin at Eater 1916, and later was sent to Mesopotamia, where after the fighting at Kut, he was the first Padre to enter Baghdad with the infantry in March 1917, being twice mentioned in despatches by General Maude for ‘Gallant and distinguished service in the field’.

Samuel served at Sunday School Secretary in two districts, and was assistant secretary of Conference at Newcastle in 1924. Later he served as District Chapel Affairs Secretary in the North Lancashire District.

His obituary records that humility, quiet humour and sound common sense marked his character. He understood and cared for people, he knew and loved his Lord, truly a worthy Methodist Minister. His last act on the eve of his passing was to assist in the Service of Holy Communion, thus expressing the fulfilment of a life dedicated to the service of God and His people.

Samuel married Dora Clare (1881-1969) in the summer of 1903 in the Bolton Registration District, Lancashire.