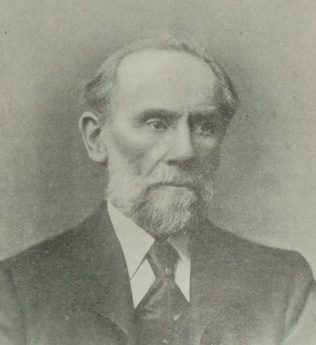 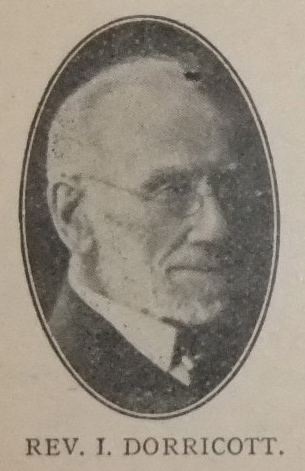 Isaac was born on 7 April 1842 at Trench, nr Oakengates, Shropshire to parents Joseph Dorricott and Jane Peacefull. Joseph was a coal miner and local preacher. His mother was sister to Rev William Peacefull.

Isaac had little education, starting work at the age of eight at the pit. He attended Sunday school throughout his childhood. When about nineteen, Isaac became a total abstainer, joined the Church and soon afterwards yielded himself to God. About a year later, Isaac received a note to exhort. He was proposed for the Ministry before he reached full plan, but he delayed his entry whilst improving his education.

At the time of the 1861 census Isaac was working as a coal miner.

Isaac’s love of ordinary circuit work led him to resist attempts to bring him into positions of connexional prominence. However, he was for several years a member of the Candidates Examining Committee and was a Director of Bourne College.

Isaac’s most significant impact came at Dover where he spent ten years. When he arrived the station was weak. He was able to turn things around and build a splendid chapel, leaving the station in prosperity.

Isaac’s method of preaching was expository. He regarded the expounding and enforcement of the Word of God as the chief work of the minister’s life, and as the most effective way to bring souls to Jesus Christ. His sermons, which were carefully prepared, were rich in well-matured food for mind and heart, were expressed in choice language and often made luminous by apt illustration. His delivery was usually quiet, free from any oratorical devices, yet weighty and forcible.

Memorials of an Earnest Life, Or, Records of the Rev. William Peacefull, Primitive Methodist Minister, 1878

Some olden-time Methodists: being memorial sketches of the Russell and Barnsley-Smith families, 1904

Lyric studies: a hymnal guide, containing biographic sketches of the authors, and notes, critical, historical, and illustrative, on their psalms and hymns