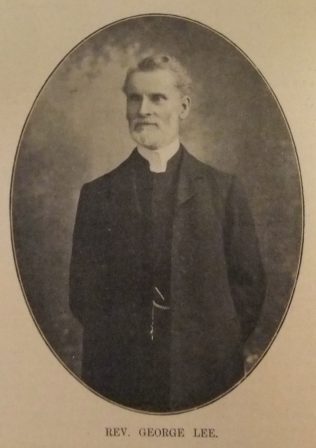 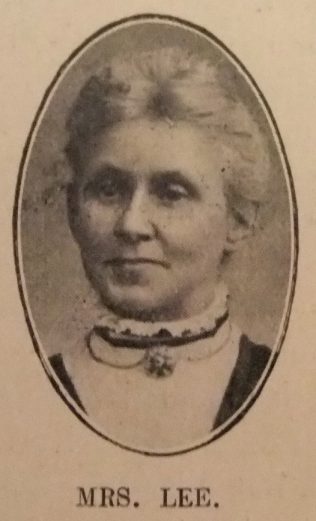 George was born on 10 May 1851 at Lady Hayes Farm, Clotton Hoofield, Cheshire, to parents Thomas Lee and Martha Sadler. Thomas was a farmer. His grandparents, Mr and Mrs Sadler, were the first to open their doors to primitive Methodists in the village of Tiverton, nr Tarporley.

George was converted at the age of sixteen and joined the Huxley, Society. Twelve months later he received his note to preach and at the age of nineteen received a call from his own circuit to enter the ministry.

George’s preaching was expository and evangelical, and many bore witness to the helpfulness of his ministry in elucidating the sacred word.

Two forms of service especially appealed to George. One was the value of the ministers’ work among young people, where his great interest made him a winner of many people for the Church. The other was his faithful and kindly interest in the sick and the poor.

George was secretary of the Centenary Local Arrangements Committee for the Mow Cop celebrations in 1907. as treasurer of the Superannuated Ministers’, Widows, and Orphans’ Fund. Unfortunately George died shortly after that appointment

George married Annie Simpson (abt1855-1877) in the summer of 1876 at North Cave, Yorkshire. Sadly Annie succumbed to an attack of typhoid fever shortly after the birth of a son, before the end of their first year of marriage.