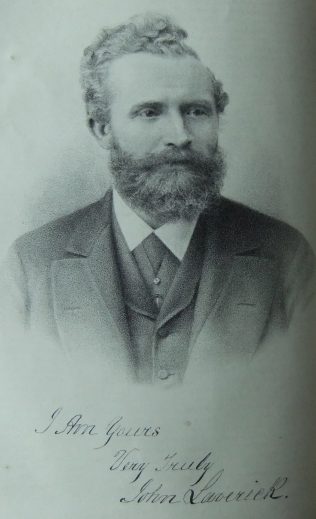 John was a born in 1839 at Darlington, Co Durham to parents Thompson and Elizabeth. Thompson was a tailor and farmer.

Class meetings were sometimes held in his father’s house, so as a boy John would have heard some of the experiences of the early members of the Primitive Methodist Church. He was converted aged 16.

As a preacher, in his young days John was very popular. Rev Henry Yooll writes in his obituary: ‘In his vigorous days and when in the midst of battle, he was a preacher of force and fervour, and had the joy in having fruit fall to his reaping.’