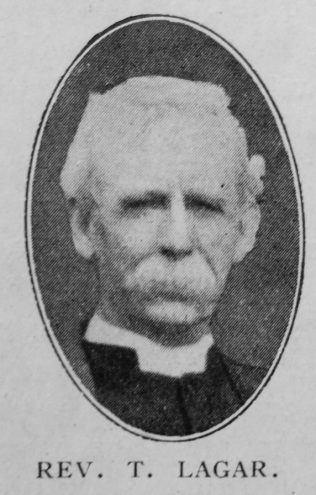 Transcriptions of obituaries published in the Primitive Methodist Magazine and Minutes of Conference are attached.

The obituary published in the Magazine records: “This passion of the true ambassador of Jesus remained with him throughout his ministry. In all his circuits he saw conversions, in not a few quite impressive revivals of religion; whole village communities were stirred, and many added to the churches. He greatly preferred that such results should follow the ordinary ministrations of the church. Instead of introducing extraneous help he consistently sought to promote among his people deepened spiritual life, a glow of sacred fervour, and the spirit of importunate and prevailing prayer. He made no pretensions to scholarship or eloquence, but his sermons were clear and earnest presentations of the gospel; in all of them sounded convincingly the experimental note.”

Thomas was born in 1855 at Glasgow, Lanarkshire, to parents Richard, a furnanceman at ironworks (1871), and Ann.

Before entering the ministry Thomas also worked in an iron works (1871).

He married Harriet Elizabeth Windsor (1861-1934) in the summer of 1882 in the Chester Registration District, Cheshire. Census returns identify one child.