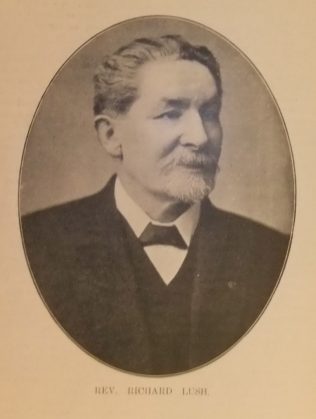 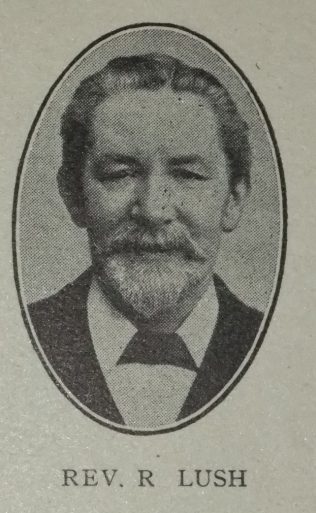 Richard was born in 1844 in the village of West Orchard in the Sturminster Newton circuit, Dorset, to parents Jesse Lush and Sarah Blandford. Jesse worked the land.

It was whilst away from home, during his apprenticeship, that Richard was converted by a Wesleyan revivalist. He became a Wesleyan local preacher. On returning home he identified himself with the PM church where his father was a member. He was soon on the PM plan.

Richard’s obituary records that his passion was the conversion of souls. In the closet he pleaded with God. In the pulpit and street he pleaded with men. If the Sunday closed and none were converted, he felt self condemned. What was wrong? Why had he failed? If souls were won, his joy was unbounded.

In 1869, Richard went to Birmingham as the 5th minister of the circuit. Forty conversions took place under his preaching in the 18 months of his stay, setting the tone for his ministry.

He was a faithful circuit minister, giving careful attention to circuit business, and a diligent pastor.

Whilst at Tipton, Richard stood almost alone as a ‘Passive Resister’ and on three occasions his ‘presentation clock’ was sold by auction in the public market place because he could not conscientiously pay the sectarian education rate.

Richard served at Secretary of the District Sunday School Committee and the District Building Committee. He attended Conference on three occasions.

On retirement, Richard settled in West Bromwich, where he continued to preach as long as his health allowed.

Richard married Sarah Ann Rouse (1853-1931) in the summer of 1874 at Blockley, Worcestershire. Census returns identify six of their eight children.