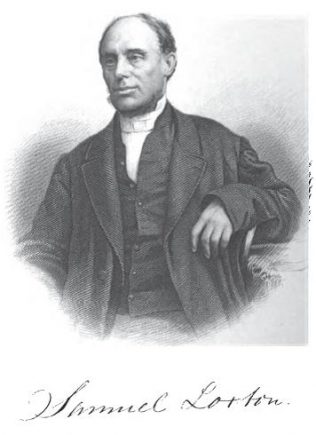 Samuel was born on 5 June 1815 Finsbury, London to parents James Loxton and Mary Bowers. He was baptised on 16 July 1815 at Finsbury. His parents were Wesleyans who attended the City Rd Chapel. Samuel was apprenticed to Mr D Bowen of Darlaston, who was an uncle and one of the earliest PM Deed Poll Members of Conference. Samuel was converted at an evening service at Darlaston in June 1829. He soon became a local preacher.

His obituary includes; ‘His natural and gracious sweetness of life, his gentleness, evenness of temper, large kindness, his wish to please and serve all to his utmost ability, the lofty, steady transparency of his long consistent life greatly endeared him to all who knew him.’

J Petty, The History of the Primitive Methodist Connexion, 1880, p459