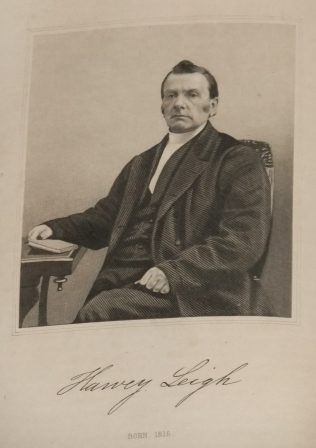 Harvey was born on 9 July 1815 at Tunstall to parents Harvey and Sarah. He was baptised on 30 July 1815 at Wolstanton Wesleyan Chapel., Staffordshire.

As a minister, he was esteemed by the people. He read somewhat extensively of general literature, religious works still commanding his preference. In preparing for his public duties he seldom did more than set up the mere framework of his discourses. He therefore left ample margin for the ‘Divine impulse’ – the guiding, controlling, inspiring influence of the Holy Ghost.

Harvey was a total abstainer for more than 40 years.

” Praying Johnny, ” or, The life and labours of John Oxtoby, Primitive Methodist Minister