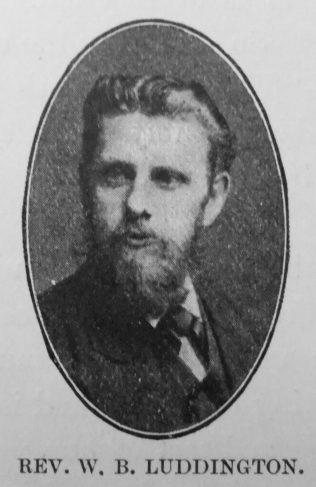 A transcription of the obituary published in the Primitive Methodist Magazine for both William and his wife is attached. The writer sums up his character as follows: “ He was a life-long abstainer, and an enthusiastic temperance advocate, and during his ministry founded fourteen Bands of Hope in England and Africa. His sermons were forcible and impressive expositions of Holy Scripture, appealing powerfully to the emotions of his hearers, and often followed by conversions. There was a large revivalistic element in him. He was an earnest and effective advocate of the claims of missions, and could impart something of his own enthusiasm to his audiences. His business training was of considerable service to him as a superintendent. He was a careful and diligent administrator, and had a large inventive faculty, so that no enterprise to which he was committed was likely to fail either for want of ingenuity of method or energy of purpose. He had a highly devotional nature; and this with a fluent utterance, a fervid spirit, and great energy and industry made his services a blessing to any circuit to which he was appointed. He did not enter the ministry for a piece of bread. He heard the Lord’s call, and responded to it. It may be doubted whether any church is more indebted to the self-sacrifice of its ministers than Primitive Methodism ; and assuredly his talents would have secured in business a much larger financial return than the ministry could ever offer him. But he had no regrets on this question. His highest ambition was to serve his generation according to the will of God.”

William was born on 9 March 1843 at Brampton, Lincolnshire, to parents William Luddington, a PM minister, and Ann Penny Stones Broadbent.

The 1861 census return records William as an apprentice draper.