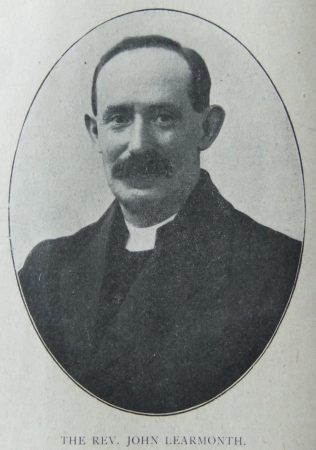 John was born in 1864 at Sunderland, Co Durham to parents John and Elizabeth. John, senior, was a draper.

John was converted, at the age of eleven, in a revival, conducted by men of the old Theological Institute at the old Flag lane Chapel, Sunderland.

His obituary records that from the first he served with rare devotion, preaching a strong evangelical faith on the Sunday and carrying the message to the homes of the people in the week. He made pastoral visiting a fine art. His courageous leadership inspired weak societies. Intensely human, he loved the poor. He never turned a beggar away empty nor asked for his credentials. Je specialised in young people’s meetings, Catechumen classes, and Bands of Hope.

John served as secretary to the Newcastle and Sunderland Choral Association and for twelve years was secretary of the London PM Council.

John married Edith Jane Blake (1866-1948) in the summer of 1893 at Ely, Cambridgeshire.  Edith was a daughter of Rev Ephraim Blake. Census returns identify one child.