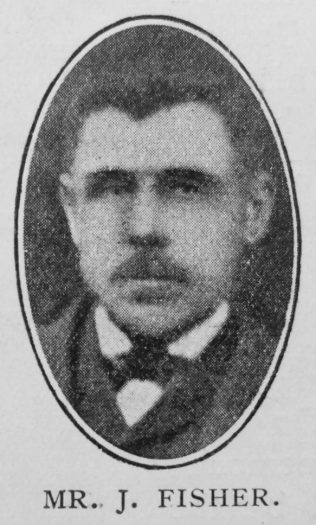 Wisbech Circuit has lost a faithful worker in the death of Bro. James Fisher. He was the son of a godly home, his father and mother were for many years the mainstay of the Society, and then later he took up the work they had laid down.

He fell asleep in Jesus, after a very brief illness, on Sunday, Sept. 3rd. On the following Thursday he was carried to his last resting place in the Wisbech St. Mary’s Churchyard, when many came to pay their final tribute of respect. A memorial service was held in the chapel on the following Sunday evening, when Mr. R. Height, of Wisbech, spoke to the noble life and cheerful character of our departed friend.

For thirty-one years he was a member of our Church and for twenty-eight years superintendent of the Sunday School. He was also Society Steward and. Trust Treasurer for a great many years. In 1894, when the first Parish Council was formed, he was elected a member, and remained upon it to his death.

James was born in 1855 at Wisbech St. Mary, Cambridgeshire, to parents Samuel, who worked the land, and Sarah.

He married Elizabeth Wolfe Pratt (1852-1933) in the summer of 1876 at Wisbech, Cambridgeshire. Census returns identify three of four children.