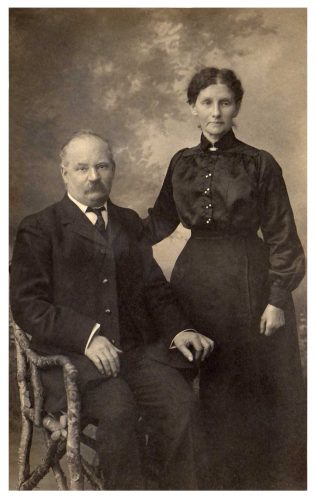 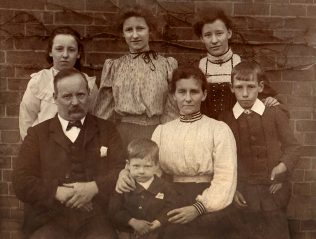 Transcription of tribute in the Christian Messenger, a Primitive Methodist publication, 1907, p258

Samuel Forrester is the village shoemaker at Denstone, in the Ramsor Circuit. But more than this he is an official of whom any Circuit might be proud.

Brought up in a Church Sunday school, converted when fourteen years of age in the Leek Wesleyan Circuit, he shortly afterwards removed to Rocester, and threw all the zeal of his vigorous nature into the society there. Under the superintendency of the late Rev. George Whitehead, 1875, this ardent disciple received his first “note” to preach Christ crucified, and the next year came on full plan. That was thirty-one years ago. But in this brief record it is impossible to tell the story of the years. Suffice it to say, he is one of the preachers in greatest demand in this wide Circuit.

Though a man of charming personality, our friend is singularly shy in accepting district honours. But while little known outside his own Circuit, within its bounds he is acknowledged to be one of its most reliable and consistent officials. As one of the Circuit auditors, he has for many years held a thorough grip on its finances. He is essentially a peacemaker. Well does he remember the stormy quarterly meetings of years ago, after the “Quarterly Dinner”. But those “good old days” are no longer desired; our brother believes in the future of humanity.

As an honoured member of the local Parish Council, he enjoys the confidence of Anglicans and Nonconformists alike. We pray that – together with his devoted wife and family –he may long continue “in service which Thy love appoints”.

Samuel was born in Rocester, Staffordshire, the second of ten children of Joseph and Ann (née Hickinbotham). Joseph was a shoemaker, and he and Ann had a shoe shop in Rocester.

Samuel married Elizabeth Sale at the Independent Chapel, Uttoxeter in 1878.

Samuel and Elizabeth lived at Lilac Cottage, Denstone. Their ‘spiritual home’ was Stubwood Primitive Methodist Chapel. In 1928, to commemorate their Golden Wedding, Samuel and Elizabeth gave an oak communion table, plush runner and pulpit cloth to the chapel. They are still in use today.

Elizabeth died in 1929, and Samuel in 1939. They are buried in the churchyard of All Saints, Denstone.

By his great grand-daughters Jane Richardson and Dianne Gibson