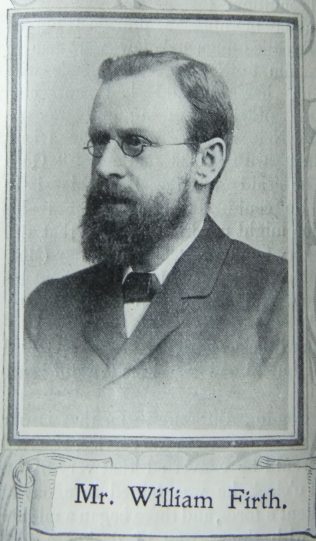 Mr. William Firth is the Senior Steward of the Bradford Third Circuit. He has rendered eminent service in the office for many years. For the greater part of his life he has been a local preacher, class leader and Sunday School superintendent, and few men can look back upon a longer and worthier record of labours constant and abundant. He has a very real interest in the prosperity of Primitive Methodism locally and throughout the country. His gifts are generously and widely bestowed. He is the treasurer of the District Temperance Committee, and is seldom absent from the committee meetings, where both his judgement and support are valued by his brethren. It is in his heart to do more for his church, and more we know he will do if he be spared.

I have not been able to identify William in census returns based on the above information. Can anyone point me in the right direction?