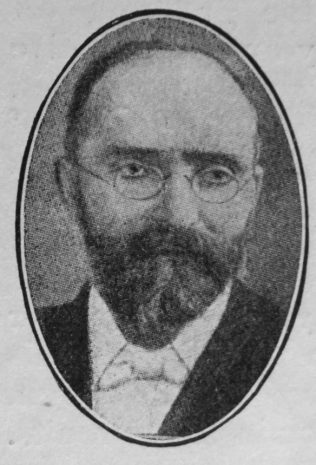 Transcription of obituary published in the Primitive Methodist Magazine by T.J.W

Mr. Ferguson died at Lemington-on-Tyne, Oct. 23rd, 1906, in his fifty-sixth year. In municipal and educational matters he took the deepest interest. In politics he was a Liberal and rendered his party splendid service, being a ready platform speaker. Possibly his many duties overtaxed his physical energies and reduced his term of service.

For thirty-five years Mr. Ferguson was a Primitive Methodist local preacher whose services were in frequent demand and rendered ungrudgingly. He was steward of Lemington Circuit for eleven years, trustee of the Lemington Church and its Sunday School superintendent for many years. As a token of the respect in which he was held a marble tablet has been erected in Lemington Church.

A service of a very impressive character was held on the day of his interment, when two appropriate addresses were given. The Rev. J.S. Nightingale, a former minister of the Circuit, remarked, “that our brother had known sorrow and had learnt in the school of experience to deeply sympathise with those in trouble. Mr. Ferguson was generous to a fault, whose gifts to the church of time, service and money will never be fully known this side of the better country.”

Mr. R. Lowes, his successor as circuit steward, observed, “‘In whatever sphere our friend was placed he did his duty. All that was left of their friend was but a memory, but it was one of the sweetest.”

He leaves a widow and grown-up family to mourn his loss whom we commend in prayer to the God of all grace. The Circuit minister conducted the service in the church and at the graveside amid every token of respect for the deceased.

Cornelius was baptised on 15 December 1850 at Holy Trinity, Pelton, Co. Durham. His parents were Cornelius, a coal miner, and Mary.

He married Jane Ann Johnston (1855-1940) in the spring of 1873 at Willington, Co. Durham. Census returns identify eleven of thirteen children.