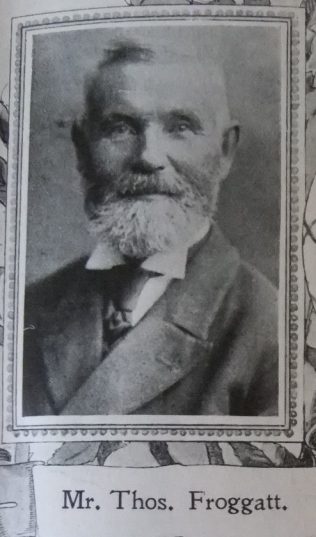 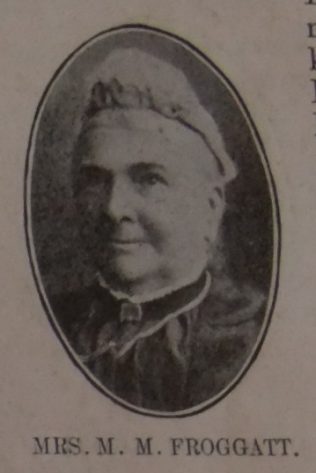 Ludlow Circuit Steward is a Primitive Methodist of the second generation. He is in his seventy-second year, and was converted when eleven years old. He had charge of a juvenile society class before his age rendered him eligible for full membership. His membership from that time has been unbroken.

In addition to his Circuit Chancellorship he is a Class leader, Society steward, Treasurer for two village chapels, and Trustee for four. One chapel stands as a monument to his persistent effort. Twice he has represented his circuit in the District Meetings and he was a member of the last Hull Conference. Twice he has applied for Deed Poll membership, and once was the highest unsuccessful candidate. His home has long been a rendezvous of ministers and other officials and it is difficult to say whose welcome is heartier, his or that of his devoted wife.

Thomas was born in April 1835 at Featherknowl Farm, Ashford Bowdler, nr Ludlow, Shropshire, to parents Isaac and Lucy. Isaac was a farmer.

Thomas was a farmer. He housed church meetings and ministers for many years, and led the singing with his concertina. He prepared the way for the erection of the sanctuary at Ashford, and generously contributed to its prosperity.

His obituary, attached below, records that his genuine simplicity was beautiful to behold. He was eccentric while a genius.