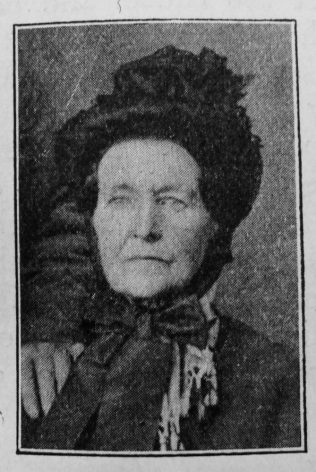 Mrs. Elizabeth Day, widow of the late Mr. Jehu Day, passed away February 11th, 1906, from this world of trials to be for ever with the Lord. She was born 1816. She was born again of the Spirit when about twenty years of age. The lady with whom she then lived in domestic service put very heavy pressure upon her to attend the services of the Established Church. But Elizabeth was no reed shaken by the wind, and she told her mistress unless she could have the privilege of attending the services of the Primitives by whose instrumentality she had been brought to God, she must leave her service. Her mistress not being willing to part with her, gave her her heart’s desire.

Time rolled on and the opportunity presented itself to Elizabeth of making herself a home. Her mistress was still unwilling to part with her and so she allowed her and her husband to live with her after the marriage had taken place.

The husband, whose name, was Stephen Day, was a local preacher with the Primitives and a most excellent man. After living together some sixteen or seventeen years, the husband died in the Lord. In 1861 she was married to Mr. Jehu Day, he also became a local preacher in the Cirencester Circuit.

After marriage she and Mr. Jehu Day resided at Ampney Crucis, then at Winson, Ampney again, Chedworth Lanes, and lastly, Chedworth village, where they both passed away. Their remains lie in the same grave in the Chedworth Village Churchyard, “until the morning dawns and the shadows flee away.” Both Mr. and Mrs. Jehu Day were deeply interested in the welfare of the Missionary cause. For many years they had a Missionary Box; and they must have collected several hundreds of pounds for its funds. She had her box until the last.

In her younger days she was a model in her attendance at the House of God, and she has told me many times, how she used to walk miles and miles to attend camp meetings and other services, but for several years, owing to affliction and the number of her years she was unable to attend the means of grace.

Nine days before she passed away she was full of ecstacy and delight with the thought of going home to heaven. In this frame of mind she continued until the end, talking to her heavenly Father and repeating verses of hymns.

A memorial service: was conducted in the Chedworth Chapel by Rev. R. Smith, late minister of the Cirencester Circuit. It was a blessed service and will long be remembered by those who were present.

Elizabeth was baptised on 26 October 1817 at Bagendon, Gloucestershire. Her parents were William and Maria Anna Price.

Elizabeth worked as a farm servant before her marriage.