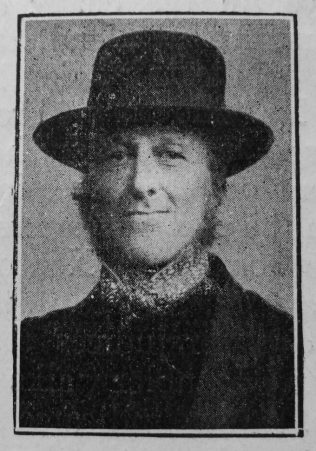 Transcription of Obituary in the Primitive Methodist Magazine by George Lee

For about fifty years Brother Dale was connected with Primitive Methodism in Staffordshire and Cheshire. He attended upwards of forty of the annual Camp Meetings on Mow Hill. He was one of the few local preachers appointed to preach at the Centenary Camp Meeting. Failing health prevented his keeping this appointment, but he received quite an ovation as he alighted from his conveyance on the camp ground. In his early days he enjoyed an intimate acquaintance with Hugh Bourne, William Clowes, and other fathers of our church. He never tired of speaking of these privileges. At Cloud Chapel, the oldest in use in our Connexion, Brother Dale was Society steward for forty-seven years. His portrait appears in Kendall’s History and in the Mow Cop Souvenir.

Not less conspicuous was Mr: Dale in parochial life. As landowner his farm comprised the prehistoric ruins known far and wide as “The Brideston,” and in this connection his name will be handed down to posterity. Member of the Buglawton Urban District Council, with which he was identified for eighteen years, he, while its chairman, occupied a seat on the magisterial bench. He was also formerly chairman of Rushton Parish Council. He was widely known and admired. Few men possessed acquaintance with so wide a range of subjects, and seldom in private life has any man been more frequently consulted. How many are heard to say, “I have lost a friend!”

Heart affection caused him for several years much inconvenience, and his family great anxiety. For months it became evident that his strength was on the wane. Attendance at Mow Cop celebrations was a supreme effort, after which he was chiefly confined to his house. Till within sight of the end he retained his natural cheerfulness and buoyancy. He had a firm grip of evangelical truth, and his faith in the God he had so long served never wavered. Calm and bright he assured the writer that the end gave him no alarm. To another he said, “The world does not trouble me at all; when I die I shall go straight to heaven.”

On the morning of Sunday, July 14th, 1907, in the presence of wife and daughters, Abner Dale entered into rest at seventy-three years of age. He was interred in Rushton Churchyard by the writer amid a large assembly of sorrowing friends.

Abner was baptised on 27 April 1834 at Rushton Spencer, Staffordshire. His parents were Benjamin, a blacksmith and later a timber merchant, and Sarah.