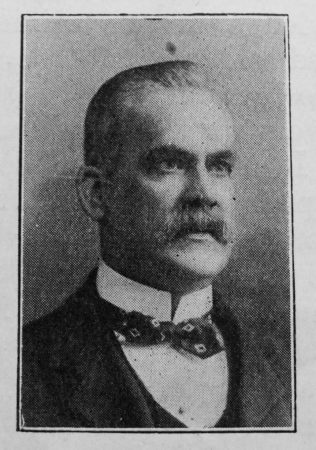 Transcription of Obituary in the Primitive Methodist Magazine by Alfred Smith

It is with deep regret and sorrow that we have to record the death of Mr. Matthew Dent, of the Parade, Cardiff.

After a long and painful illness our dear friend passed peacefully away on Christmas Day, at about five o’clock in the evening. He followed his work and attended the services of Mount Tabor Church, of which he was a member, up to the last week of his illness; although he was weak and often very feeble and prostrate, yet the resolute mind overcame the infirmity of the flesh.

All that medical skill and good nursing could do, failed to restore our brother to health. The deepest solicitude was manifested by his family and the friends and members of our Church, while true sympathy was expressed for the family in the great loss they sustained.

Mr. Dent has been a member of the Connexion for forty-five years, all of which (with the exception of eight years spent in Cardiff) were lived in Newcastle-on-Tyne and Jarrow. He was for many years circuit steward and class leader, and a trustee. He was well known on the Tyneside for his kindness and liberality.

The Rev. Joseph Reavley, of Southport, writes: “I always found Mr. Dent to be one of the kindest and most generous of friends. He loved his Church, and he and his noblehearted wife were always happiest when engaged in promoting its interests. Many of our ministers, both on the retired and active list, can bear testimony to the hospitality and genial nature of our departed friend.”

The funeral took place on Friday, December 29th, the service being in the hands of the Rev. J. Reavley, of Southport, who has been a long tried and special friend of the family. The Revs. Alfred Smith, John P. Bellingham, Alfred E. Reavley, and R.W. Nelson assisted.

A large number of friends followed the mortal remains of our departed brother to the cemetery. The memory of our friend will be cherished by many, and we trust the goodness of God will sustain the bereaved family.

Matthew was baptised on 20 April 1842 at Heworth, Co. Durham. His parents were Thomas, a forge man, and Jane.

He married Elizabeth Charlton (b1846) in the spring of 1862 in the South Shields Registration District, Co. Durham. Census returns identify four children.