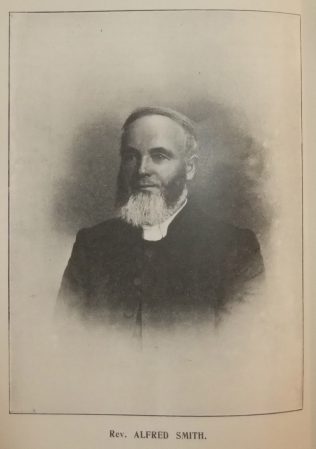 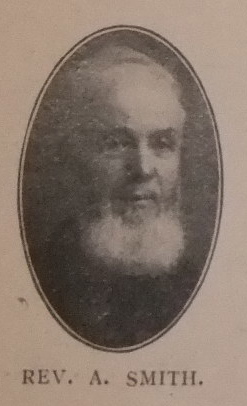 Alfred was born on 10 August 1841 at Pensford, nr Bristol, Somerset to parents James and Mary Ann. James worked as a blacksmith. Alfred was one of eleven children.

Whilst growing up, Alfred attended services of the Established and Congregational Churches. He became acquainted with some Primitive Methodists when aged seventeen and working as a miner in the Tredegar circuit. It was there he was converted.

As a preacher, though not boisterous or demonstrative, Alfred was forceful. He presented and applied the Scriptures in such a way as to produce in his hearers the fruits of good living. He held intelligently and steadfastly to Evangelical doctrine, and aimed to lead souls to Christ and prepare people for heaven.

Being of a gentlemanly appearance, of even disposition and well read in general literature, he maintained the position of minister with grace and dignity.

After superannuation, Alfred lived in Brighton for five years, Staines for three years before finally moving to Lancaster.